With the addition of Paraguay, the Dakar will visit the 29th country in its history, the 5th on the South American continent. Then the rally will head for its longest stay so far in Bolivia and more specifically the capital city of La Paz. Argentina, which has been a part of every edition since 2009, will be the theatre for the final battle decided in Buenos Aires.

A new capital city will host the start of the Dakar. Bordering Argentina, separated by the Paraguay River, the city with its suburbs totals nearly a third of the country’s entire population. For the reception of the biggest sporting event that it will host in its history, Asunción will provide the Dakar competitors with colourful encouragement for the journey that will await them.

The administrative responsibilities of the country are shared between two capitals. Sucre is home to the Supreme Court. La Paz is known as being the highest capital in the world at 3,600 meters above sea level… where water or example boils at 87° Celsius. It is in this atmosphere of rarefied oxygen that the 2017 Dakar competitors will have to catch their breath…

The Argentinean capital represents a lot for the Dakar: it is here that it all began (again)! At the moment of an indispensable rebound following the cancellation of the rally in 2008, the Porteños welcomed the participants coming from all continents with the same enthusiasm they demonstrate for their countrymen. For everyone, the memory of the massive crowd on the Avenida 9 de Julio symbolized the start of a new era. Buenos Aires, which has hosted the start and finish of the first three South American editions, will, once again, be the ultimate goal to reach in January 2017. 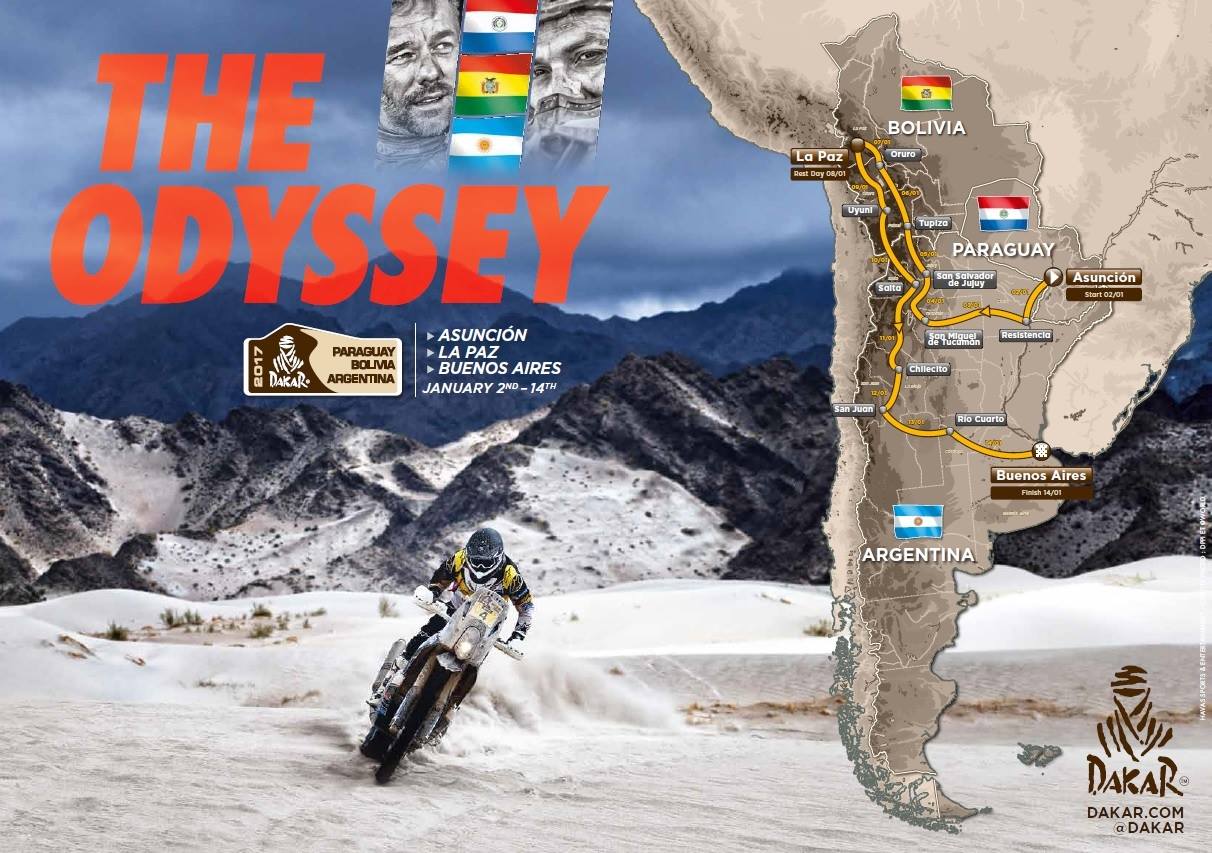